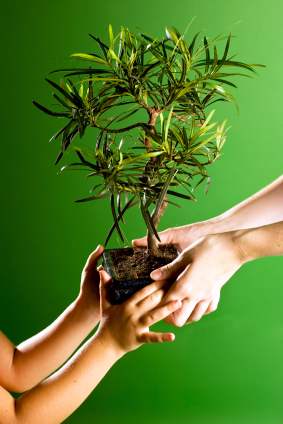 Each month is mystically connected with one of the three “Avos” (forefathers) Abraham, Isaac, and Jacob.  Shevat is linked to Abraham.

To understand what links Abraham to Shevat we must ask the question: How was Abraham unique that he became chosen by God for a special covenant?  Were there not other righteous people before him?  The Torah praises Enoch in Genesis 5:24, “Enoch walked with God.”  “Noah was a righteous man in his generation,” the Torah testifies in Genesis 6:9.  The oral tradition mentions other tzaddikim as well.  There were twenty generations between Adam and Abraham.  What did he do to stand out?

It says in Genesis 12:5, after God commanded Abraham to leave his birthplace, “Abram took his wife Sarai, his nephew Lot, and all their belongings, as well as the soul they had made, and they left heading toward Charan.”  What is the “soul they had made”?  Early commentaries say it was a group of people that they had taught the ways of monotheism.  This is the first thing we learn about Abraham, that he not only analyzed, studied, and lived a moral life, but he also taught what he had learned.  He preached what he practiced.  That was his greatness.  Other righteous people may have come before him, but Abraham spread the concepts he lived. He shared his wisdom with anyone who would listen.

Maimonides explains this when he defines the commandment to love God.  “This commandment includes the act of getting others in touch with doing God’s will, and believing in Him.  If you love someone who is very special you can’t help but talk about his positive traits, and cause others to love him…. Abraham taught people the source of his conviction in God’s existence because of his great love of God.  Similarly, you should love God to the extent you are drawn to do the same.”  Love of God should compel you to try to get others to understand that reality also.  This is what set Abraham apart.

The mazal (constellation) of this month is the water-bucket, otherwise known as Aquarius.  Just as the bucket dishes out water from the well, so did Abraham dish out the wisdom he had acquired.  More than that, water is a symbol the sages use for the Torah’s wisdom.

As in the analogies, Abraham exemplifies the act of drawing water for the masses.  Similarly, his most trusted servant and student’s name, Dameshek Eliezer, means “he who draws water”, as it was he who spread the teachings of Abraham. Also when Eliezer was looking for a suitable mate for Abraham’s son Isaac, he asked God to give him a sign by asking for the right girl to offer to draw water for him and his camels.  He needed a water-drawer to wed Isaac in order to perpetuate what Abraham had begun.  The Torah also makes a point of Abraham digging wells.  Why does the Torah go out of its way to mention it?  This seemingly minor detail in his life takes on more significance in light of this discussion.  It all binds Abraham conceptually to the symbol of the water-bucket, this month’s constellation.

Broadening the picture a bit, the nation of Israel has a constellation – Aquarius.  Similar to and an extension of Abraham, they are meant to be a “light unto the nations”, drawing the waters of the Torah for the masses.  Abraham’s essential quality that made him the first forefather, his desire to spread wisdom, is a quality the Jews are meant to exemplify.  Shevat is the ideal month to focus on your ability to draw on spirituality and spread it.  Moses was the prime giver of this wisdom and he is also symbolically linked to the water-bucket, as it says in Exodus 2:19, “and he drew water for us.”

The sages say that the first day of Shevat is like the day the Torah was given on Mount Sinai.  God is opening up the gates of wisdom.  You can tap into the power inherent in the month if you take an idea in Torah that you’ve learned, and think of a way to share it with others.  You don’t have to be a saint or a scholar to share an idea.  You just have to appreciate one insight and want to share it. If you do this, during the month of Shevat you may receive Divine assistance.  You will emulate Abraham and you will fulfill the purpose of Israel.

That’s the power of Shevat.

In the Torah it states that Abraham had children he sent to the East with “gifts”, which we understand to be some type of wisdom. Is it possible that the calendar was one of those gifts?

Special Mitzvah: We are coming out with a DVD in ASL sign language for the deaf. If anyone would like to sponsor the distribution and make a dedication in someone’s name, please send $180. (or any amount) to Kabbalah Made Easy, Inc. PO Box 32088, St. Louis, MO 63132 or log onto http://www.kabbalahmadeeasy.com